We know in Latin America culturally, there are a lot of high positive emotions. Just like there are a couple of tall mountains, lots of loud music on the streets and many, many hours of sun. But we’ve also found some interesting facts about Ecuador. Facts that for sure make the country unique, and perhaps also very happy. 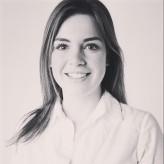 About us
We are Tjerk and Alissa. Two adventure-loving Dutchies who collect personal stories to inspire and motivate people to experience more joy, happiness and personal growth. Here’s our story, we’d love to hear yours!